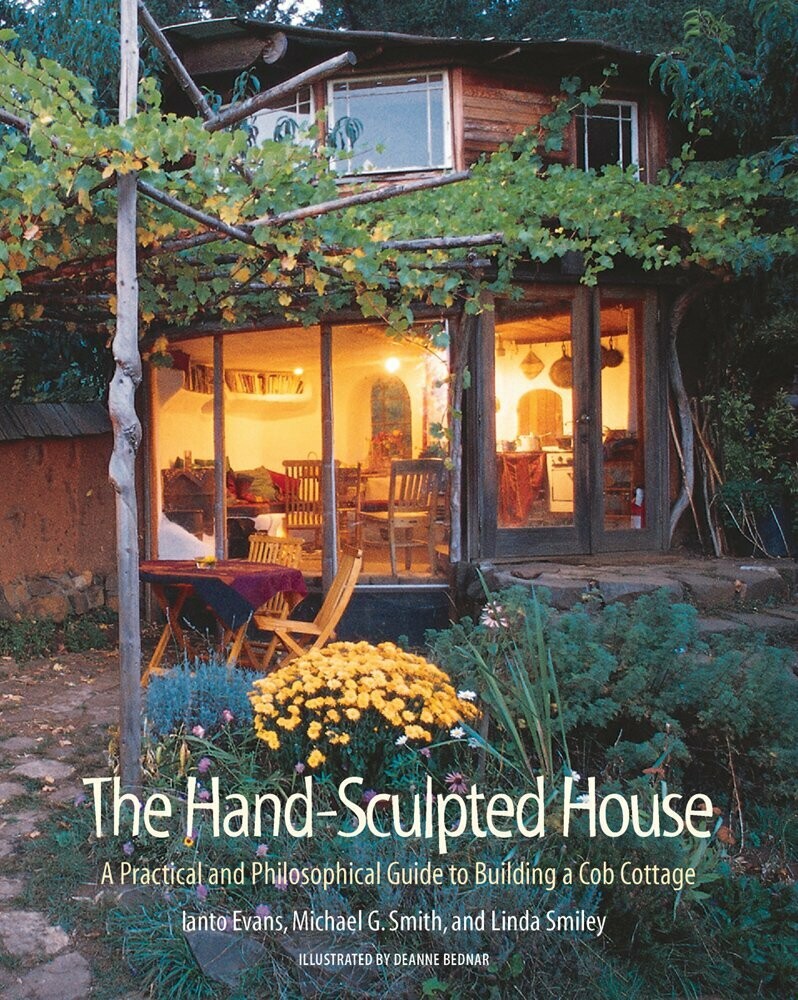 The Hand-Sculpted House: a philosophical and practical guide to building a cob cottage

Discounted due to minor shop wear to cover

Are you ready for the Cob Cottage? This is a building method so old and so simple that it has been all but forgotten in the rush to synthetics. A cob cottage, however, might be the ultimate expression of ecological design, a structure so attuned to its surroundings that its creators refer to it as “an ecstatic house.”

The authors build a house the way others create a natural garden. They use the oldest, most available materials imaginable–earth, clay, sand, straw, and water–and blend them to redefine the future (and past) of building. Cob (the word comes from an Old English root, meaning “lump”) is a mixture of non-toxic, recyclable, and often free materials. Building with cob requires no forms, no cement, and no machinery of any kind. Builders actually sculpt their structures by hand.

Building with earth is nothing new to America; the oldest structures on the continent were built with adobe bricks. Adobe, however, has been geographically limited to the Southwest. The limits of cob are defined only by the builder’s imagination.

Cob offers answers regarding our role in Nature, family and society, about why we feel the ways that we do, about what’s missing in our lives. Cob comes as a revelation, a key to a saner world.

Cob has been a traditional building process for millennia in Europe, even in rainy and windy climates like the British Isles, where many cob buildings still serve as family homes after hundreds of years. The technique is newly arrived to the Americas, and, as with so many social trends, the early adopters are in the Pacific Northwest.

Cob houses (or cottages, since they are always efficiently small by American construction standards) are not only compatible with their surroundings, they ARE their surroundings, literally rising up from the earth. They are full of light, energy-efficient, and cozy, with curved walls and built-in, whimsical touches. They are delightful. They are ecstatic.